Bhakti or worship is the way we cherish what we have. Unite with God with melodious & soul soothing kirtans by nandpankti saints & pragat saints. 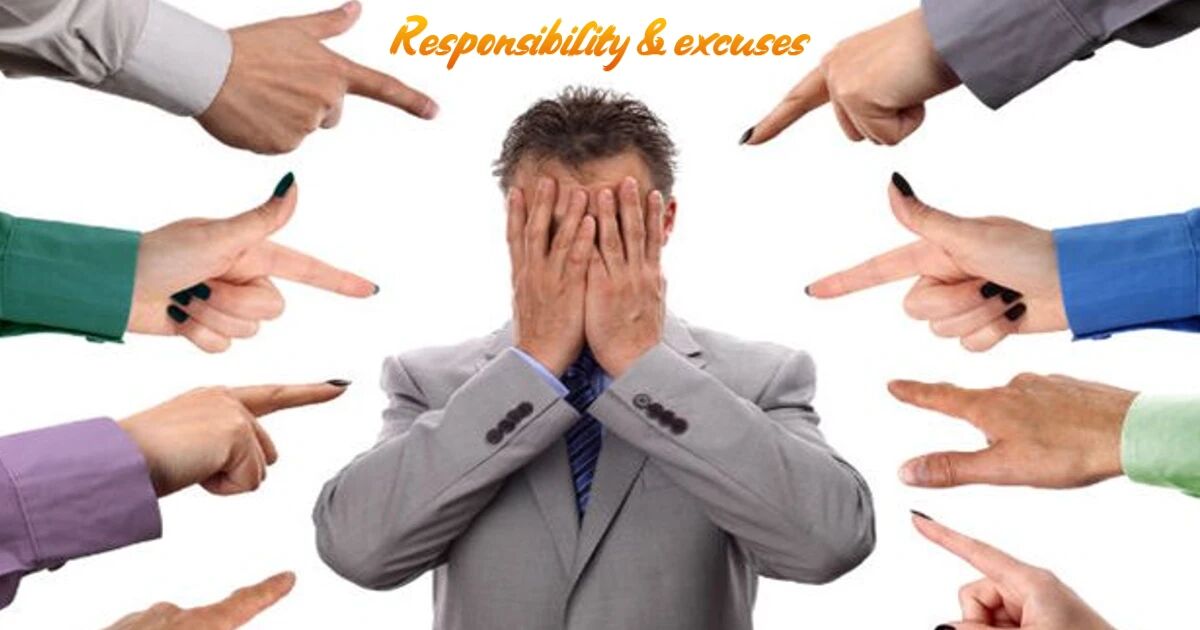 All triumphant individuals have a habit of seeking out their internal faults and challenging themselves to enhance accordingly. Instead of delegating their troubles, they own their mistakes and promptly act to acclimatize themselves. Furthermore, when a predicament emerges, they spin the situation in a propitious way instead of fixating on others’ mistakes.

This entire concept of adopting maximal responsibility onto one’s self in the face of hardship rather than making excuses is the foundation of success—100% Responsibility, 0 Excuses.

This principle serves as foundational in the spiritual realm, as all accomplished devotees religiously practice this as a habit.

To graciously exemplify how to take full responsibility without making any justifications,let us peep into a charitra of Sadguru Shree Balmkunddasji Swami.

As the chief disciple of Sadguru Shree Gopalanand Swami, Balmukund Swami was a very accomplished saint and was held in high esteem across the satsang landscape. Swami had a long-standing niyam of only eating once daily and avoiding any food intake during dinner. Once, however, Balmukund Swami had fallen a bit ill and many other santo counseled Swami to break the fast at dinner time. Thus, he arrived to the kitchens with his bowl in hand.

Unaccustomed to accounting for Balmukund Swami’s meal preparations at dinnertime, the Bhandari Swami (chief cook of the saints’ kitchen) began to speak slanderously of Swami such that everyone could hear - “Balmukund Swami projects an image of following strict niyams, but look how he breaks them!” Soon, he commenced to insult Balmukund Swami directly.

Yet, Balmukund Swami remained serene and simply returned his bowl to the cabinet. When others began to disparage the Bhandari Swami’s behavior, Balmukund Swami firmly stopped the negativity. In spite of the insults levied against him, he viewed the Bhandari Swami’s words as a medium of Maharaj’s will to continue observing his long-standing niyam of skipping dinner. Furthermore, Swami strictly told his disciples and all those present not to scold the Bhandari
Swami.

Despite being impeccable of any wrongdoing, Balmukund Swami weathered the misguided insults and applaudingly framed the whole misperception. Swami made no justifications of being prompted by others to eat dinner. Rather, Balmukund Swami venerated the Bhandari Swami for facilitating him maintain his niyam and did not bother explaining the motives for why he was eating dinner. He undeniably accepted full responsibility regardless of not being at fault.

The moral of the story is:

Spiritual acme and worldly accomplishment both hinge on  100 % Responsibility and 0 % excuses. If we can model ourselves to infallibly find faults within, instead of projecting blame outwards, we are sanguine to relish success.

Listen to live radio that runs 24/7 while traveling, working, or even studying.

The Benefit of Relationship.

Why needs to do Tilak?

The distinction between praise and rajipo.